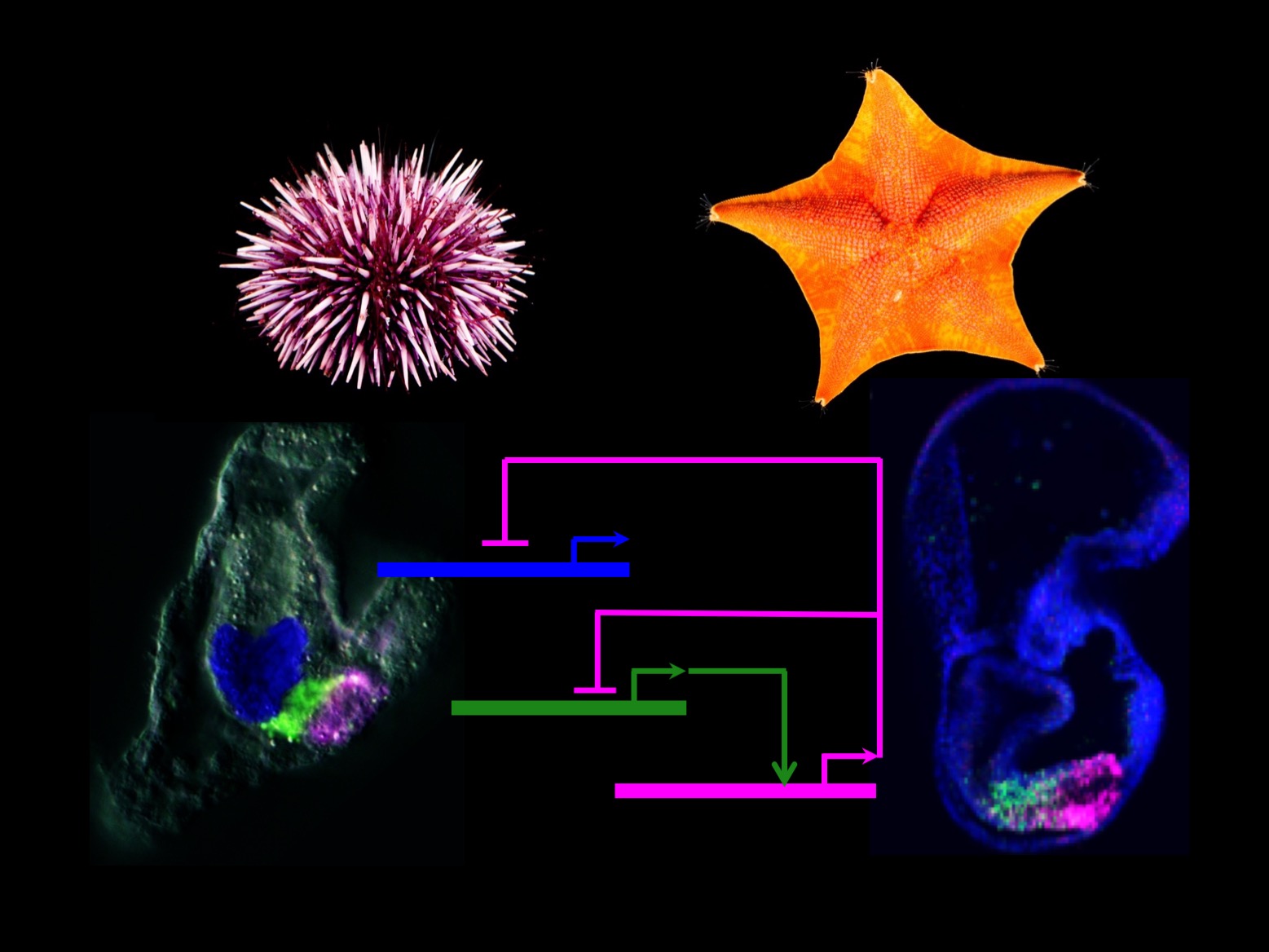 One intriguing and still open fundamental question in biology is how different embryonic structures evolved in different animals. Among all the embryonic structures, the development of an internalized gastrointestinal system has represented a crucial evolutionary innovation, releasing multicellular organisms from body size constraints and facilitating the emergence of new complex body structures.

Gut development occurs through similar mechanisms in bilateral animals involving the combined activity of orthologous transcription factors and signalling molecules. However, when the gene interactions involved in posterior gut patterning in different bilaterians are compared, a paradox emerges that genes are constantly re-used in the same context, but are rewired in different networks.

To address this conundrum, we are using comparative gene regulatory network (GRN) analyses in two echinoderms: the sea urchins Strongylocentrotus purpuratus  and Paracentrotus lividus, and the sea star Patiria miniata .

Cell types within an organism with similar molecular fingerprints, morphology, and physiological roles usually have shared developmental histories. However, there are cases in which cell types, such as the pancreatic β- cells and neurons, that despite sharing many features, have separate developmental origins. One explanation for this would be the presence of an evolutionary link between these two cell types. The aim of this project is to identify endocrine and exocrine pancreatic-like cell types in echinoderms and to do so we use integrated omics, molecular and ultrastructural biology approaches. Eventually our research will contribute to understanding when pancreatic cell types arose during evolution and how similar they are among animals that lack pancreas as a distinct organ. 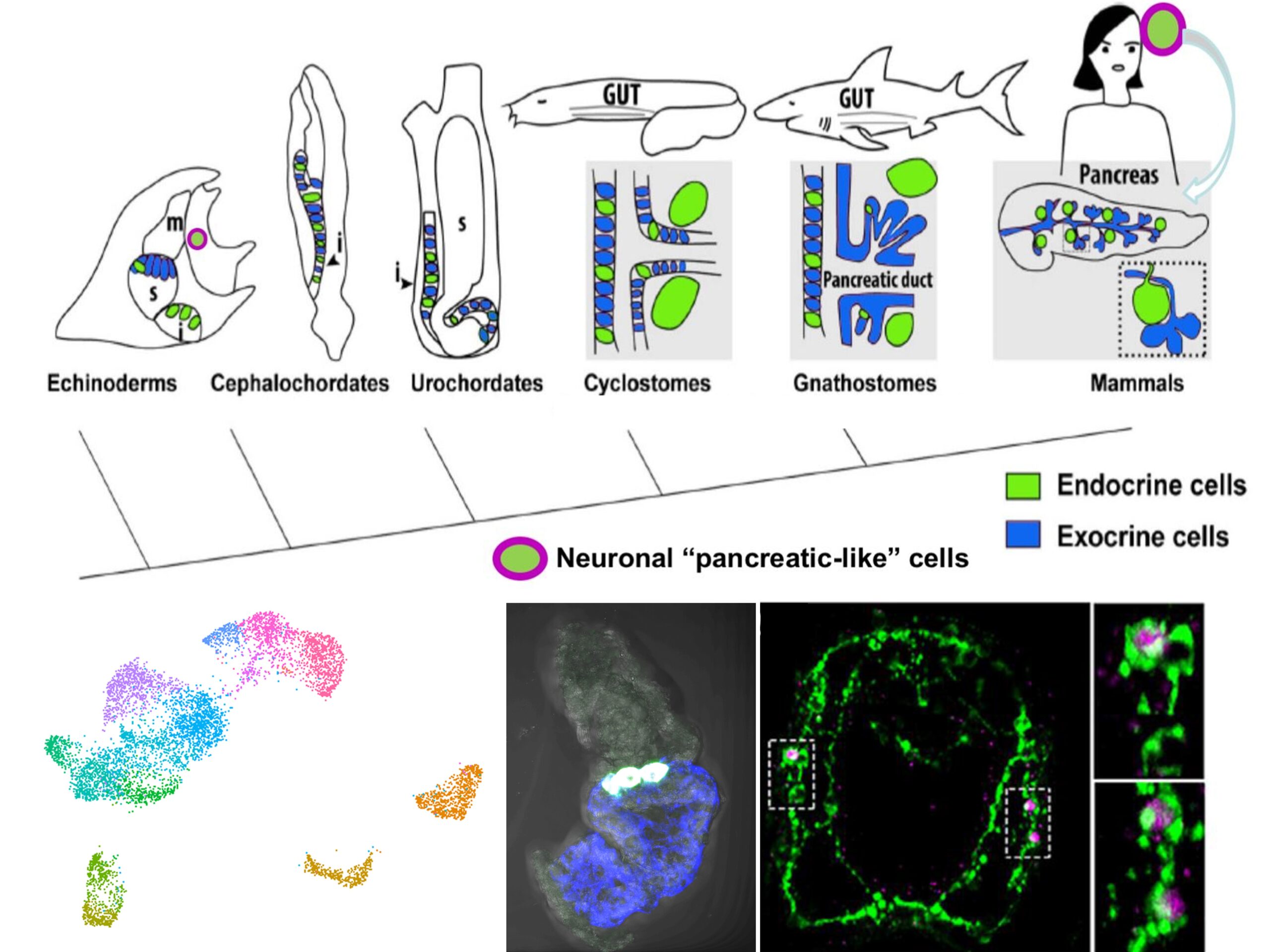 However, due to the increased organismal complexity and distant phylogenetic position of the two systems, a general mechanistic understanding of myogenesis is still lacking. We recently proposed a GRN model that promotes myogenesis in the sea urchin embryo, an early branching deuterostome. By comparing the core myogenic network architecture of this GRN with the GRNs orchestrating myogenesis in several distant phyla we reveal cases of deep homology, re-deployment of plug-ins, change in hierarchy of action, cooption and novelty.

The next generation sequencing (NGS) technologies allow the study of the molecular mechanisms of developmental processes at unprecedented resolution. Combining different omics methods, information on the chromatin availability, cis-regulatory region locations, putative transcription factor binding sites as well as gene expression profiles of individual cells, tissues and embryos can be obtained. These data combined uncover the components of developmental GRNs and their interactions. 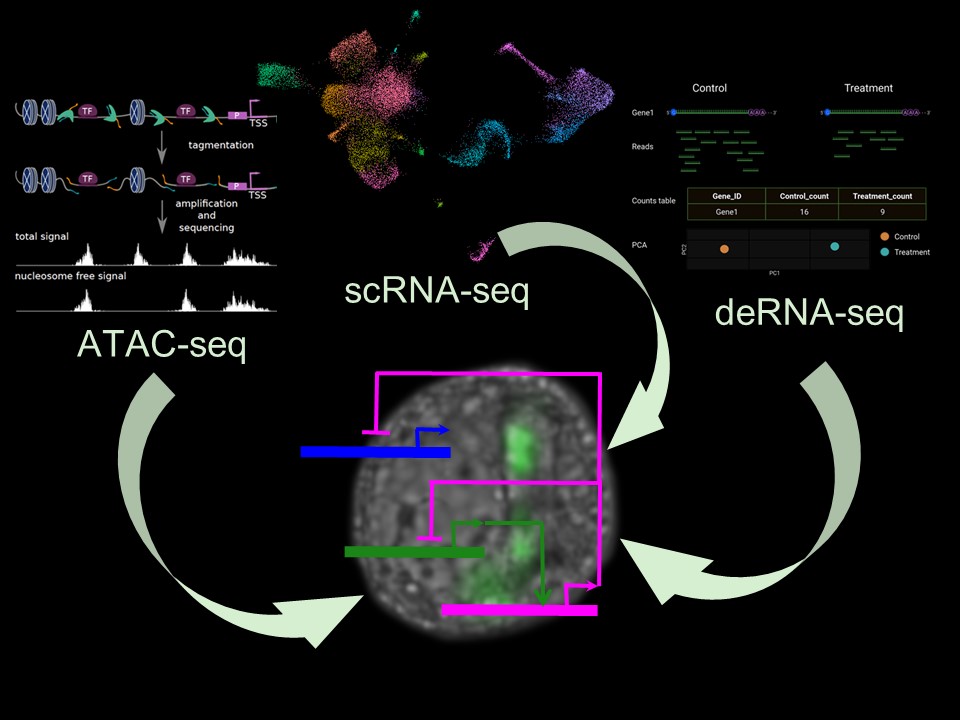 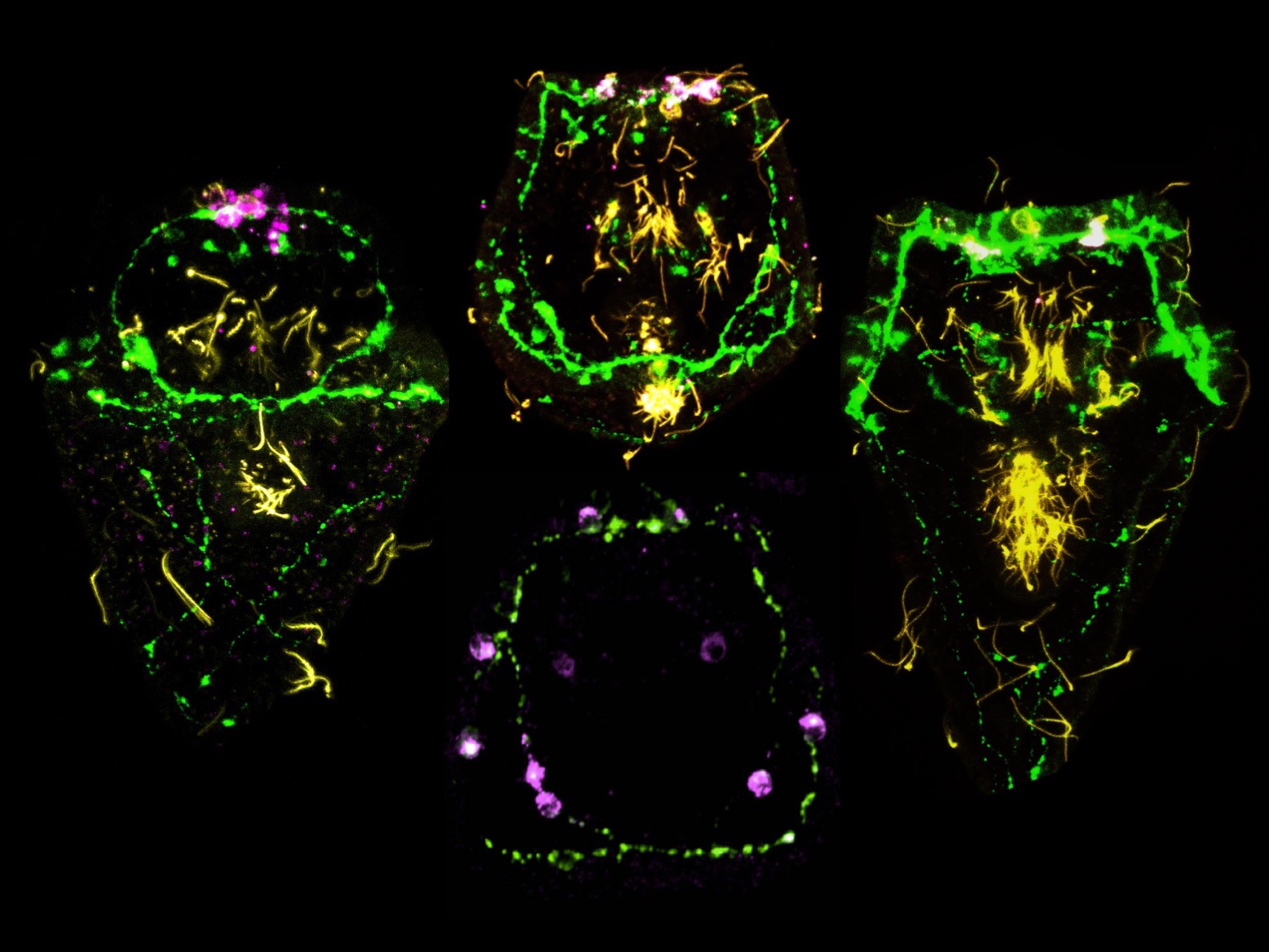 Nervous systems control all aspects of animal development and response to environmental stimuli, and their organization is a crucial feature of animal body plans.

Diverse neurons regulate distinct processes, and their function results in the generation of specific behaviors. Sea urchin larva consists of an average of 40-60 interconnected neurons that guide all aspects of the early larval life, and mostly feeding. The aim of this project is to identify which are the different pre-neuronal and neuronal types in place, understand which is their function and to untangle their evolutionary history.

To answer these questions we are using a combination of omics and molecular biology approaches, that have so far revealed increased neuronal diversity and neuronal types with evolutionary conserved molecular signature and function.

The feeding larva of indirect developing sea urchin species spend from few to many weeks in the water column, where they are exposed to a complex environment. Therefore, they have evolved mechanisms to adapt to these environmental conditions and maximize their chances of surviving.

A perfect example of this is the phenotypic plasticity of larvae depending on food availability in the environment that produces plutei with longer arms when food is scarce. These larvae can thereby collect more food when it is lacking and save nutrient storages when food is abundant.

Aim of this project is to assess how the sea urchin larval sensory system detects environmental cues, in particular food and light conditions, and investigate how this information is utilized to drive adaptation of developmental trajectories. 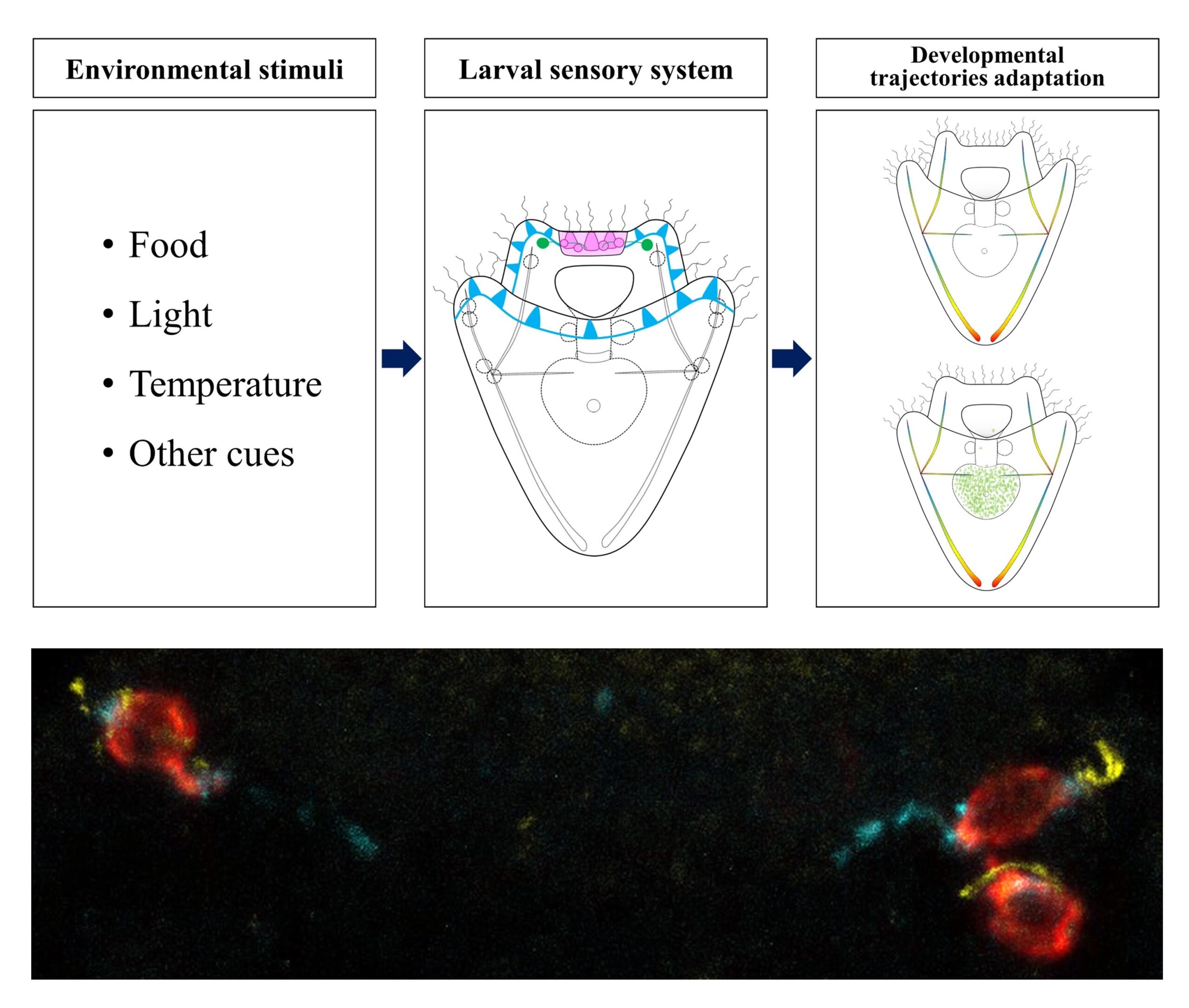 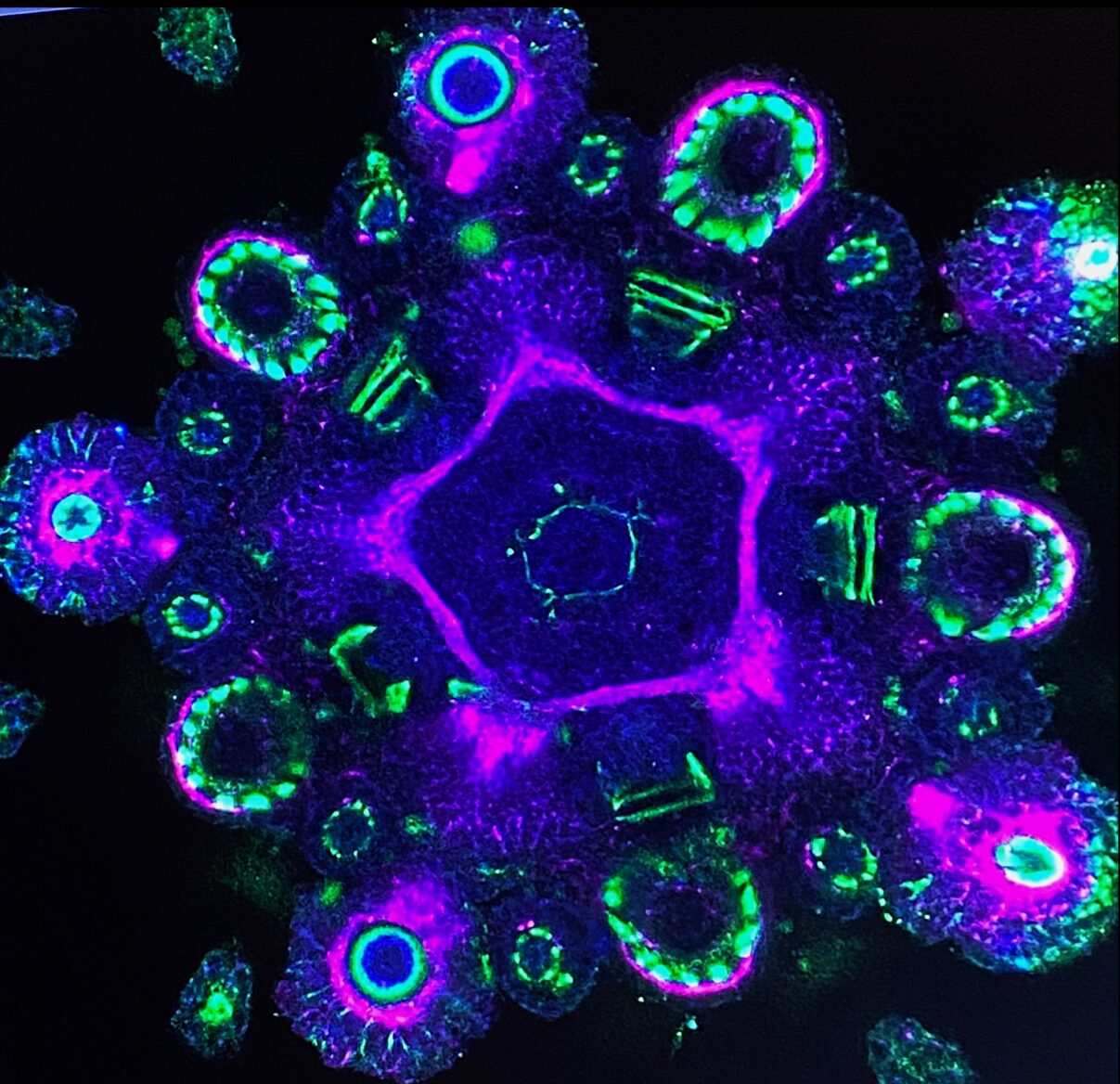 Sea urchins are marine animals genetically close to the vertebrate lineage. Being eye-less and lacking a central nervous system (NS), these animals instead feature dermal photoreceptors dispersed over their spherical body surface and feeding into a decentralized NS.

However, sea urchins can visually resolve objects and move towards them, and they can detect looming visual stimuli from any direction and accurately point their spines towards them. Such performance is normally associated with proper eyes feeding information into a brain. Sea urchins thus offer access to a unique visual system of a type that to date has not been studied in terms of its information processing.

The core of this project is to investigate and model the neural mechanisms of information processing, which enables sea urchins to perform spherical vision by deploying an obviously very different mechanism from today’s technology, and also very different from visually guided behavior in most other animals.

Ocean pollution is a growing problem affecting multiple trophic levels in marine ecosystems. Our research demonstrates serious and repeatable developmental defects caused by chemicals absorbed from the environment onto microplastics and their subsequent release in the sea urchin Paracentrotus lividus, and aims at characterising the underlying mechanisms.

This project has important implications for understanding how marine systems will respond to increasing levels of pollution and how this pollution may affect human and animal health.. 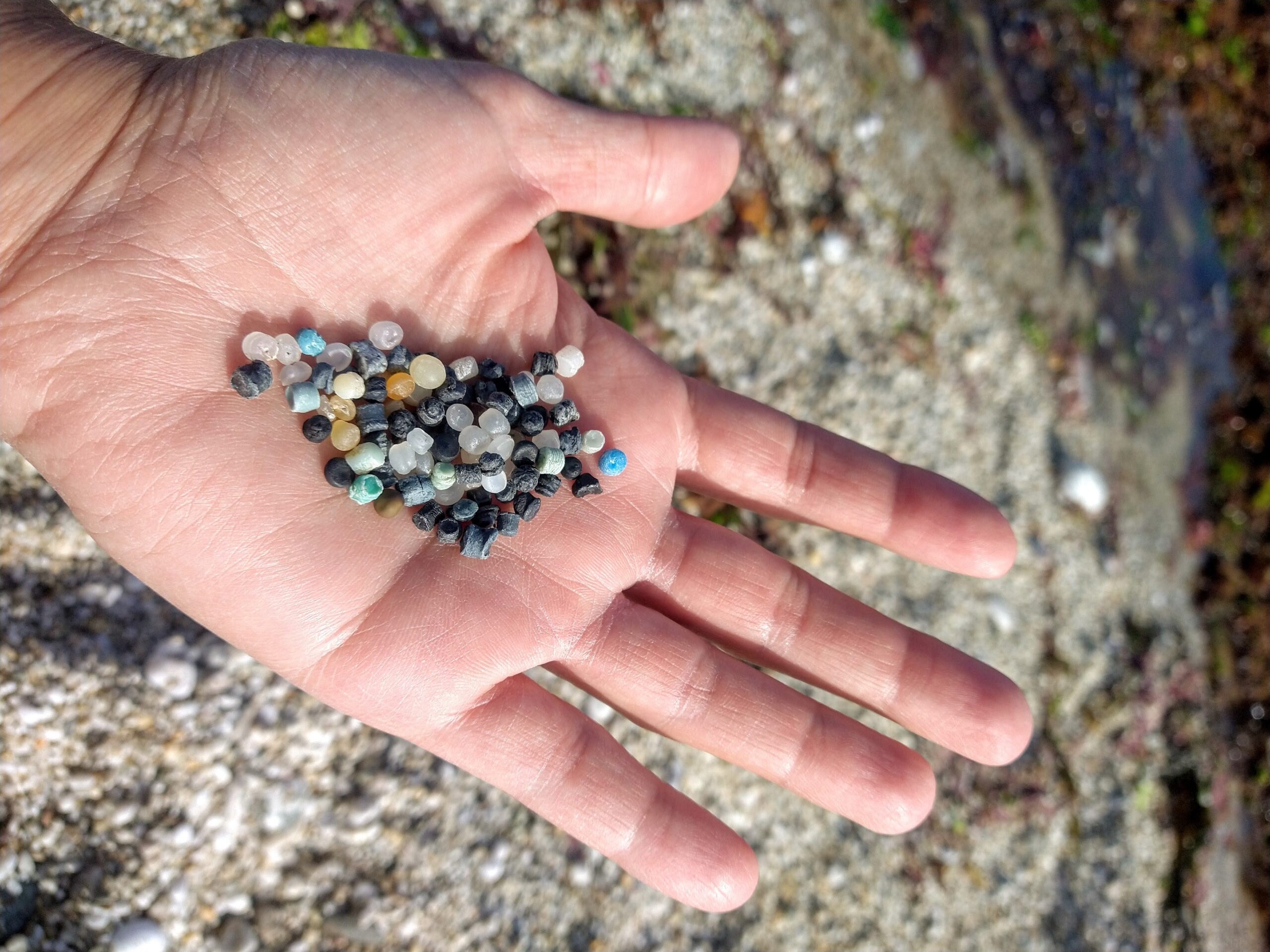